BUDGET 2020: WHAT IT MEANS FOR CORPORATION TAX AND VAT 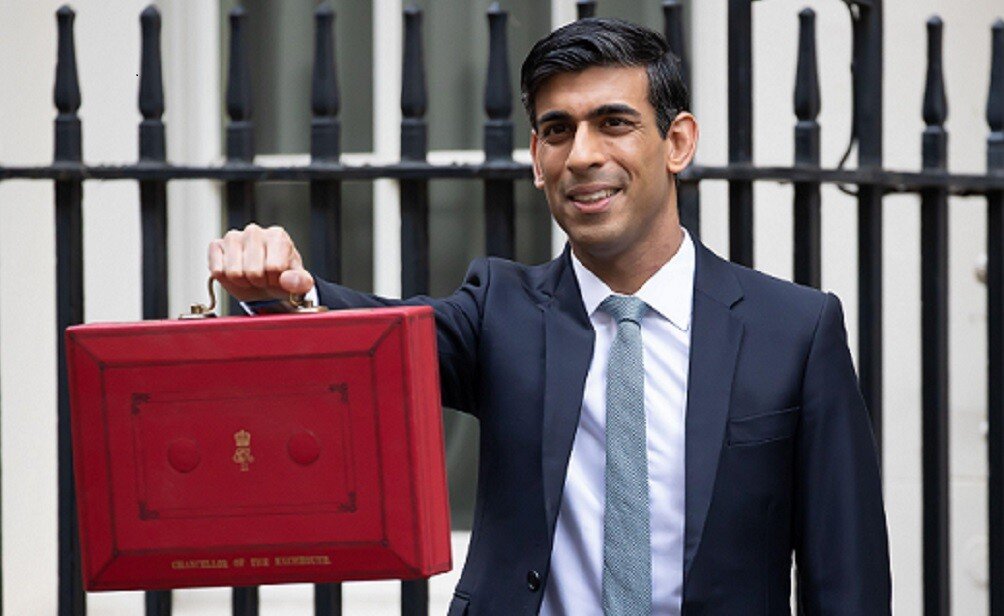 The Budget speech by Chancellor Rishi Sunak was packed full of a range of spending measures designed to bolster the economy on a number of fronts, most significantly supporting the country’s response to coronavirus, but also covering our exit from the EU, infrastructure and innovation. References to changes in taxation were reasonably few and far between, and you have to go searching through the Budget documents to find more detail. Thankfully, most of the tax changes unearthed had been pre-announced – on “legislation day” last summer or as part of General Election campaigning –  and so there were no big surprises.

That said, there was a clear message that HMRC will be stepping up its game. In addition to the traditional message of a general crack down on avoidance, evasion and non-compliance of tax, the Chancellor revealed HMRC will be given extra funding for additional compliance officers and new technology to secure £4.7 billion of additional tax revenue up to 2024-25.

It’s reasonable to assume these extra resources will be partly used to assess compliance with new initiatives such as BRR+ and digital links compliance under Making Tax Digital for VAT. Organisations therefore need to be taking account of this and put in place appropriate measures to ensure compliance. It was also announced that the Government is to publish an evaluation of the MTD for VAT project, along with an outline for future plans. Given the unfavourable results of the CIOT and ATT’s recent survey on MTD, the Government’s view will make for compelling reading.

Reduction in the rate of corporation tax to 17% from 1 April 2020 abandoned: At Budget 2016 then Chancellor George Osbourne announced a reduction in the rate of corporation tax from 19% to 17% to apply from 1 April 2020. This was the latest in a series of reductions made by Conservative governments, from a starting point of 28% at the turn 2011 down to a rate that would have been the lowest in the G20. Times (and personnel) have changed however and the present Government has now decided that this is not an appropriate change to make. The legislative change that had already been enacted by Finance Act 2016 – the rate is presently held in F(No.2)A 2015 s7 – will accordingly been reversed and the rate will remain at 19%.

Corporate capital loss restriction introduced: Many tax professionals will be familiar with the loss reform rules introduced during 2017 which saw a new restriction introduced on the use of carried forward losses to 50% of profits, subject to a £5 million group-wide annual deductions allowance. That restriction applied to a certain specific streams of losses, however losses arising from capital disposals were originally not included in these provisions. Government has now had a change of heart on this and have decided to bring carried forward losses into the restriction calculation. The mechanics of this work in the same way as the existing restriction, for those who are familiar with it, with chargeable gains now feeding into a new capital stream within the restriction calculation. Note that unlike the 2017 changes, we are not seeing any increased flexibility introduced and capital losses will continue to be carried forward and offset against future chargeable gains only. Pre and post streaming of capital losses is therefore not relevant in the way that it was for the 2017 loss streams. These changes apply for accounting periods beginning on or after 1 April 2020 with transitional rules applying to periods straddling this date.

Large business notification: Not too much detail on this but “from April 2021 large businesses will be required to notify HMRC when they take a tax position which HMRC is likely to challenge”.

Structures and buildings allowances rate increased to 3%: The rate of writing down allowance for structures and buildings is increased from 2% to 3% from 1 April 2020 (6 April 2020 for income tax). Introduced just recently – by SI 2019/1087 and for expenditure incurred on or after 29 October 2018 – this allowance provides relief for business investing in new structures or buildings or renovating existing ones. Allowances are based upon the original expenditure rather than any subsequent sale price, and so we expect the mechanics of this rate change to be different to the hybrid rate approach we typically see for capital allowance rate changes.

First year allowances on zero emissions goods vehicles extended: Introduced in 2010, the availability of these 100% first year capital allowances was due to be removed from April 2021 but – having already been extended in both 2015 and 2017 – has been extended further, through to 2025.

Research and development expenditure credit increased to 13%: The RDEC regime is available to large companies (or smaller companies undertaking subcontracted or subsidised R&D) and provides an above the line credit to companies undertaking qualifying R&D activities. This credit can be set off against the corporation tax liability of the business, or ultimately paid in cash back to the business. The rate of this credit is to be increased from 12% to 13% of qualifying expenditure. The Government will also consult on whether the definition of qualifying expenditure should include investments in data and cloud computing.

PAYE cap postponed until 2021: For the small and medium enterprise R&D scheme, Budget 2018 had previously announced the re-introduction of a cap on the amount of any payable tax credit to three times the company’s PAYE and NIC payments. The objective of this change was to limit abusive claims by businesses who have little physical presence in the UK. This change was to apply from 1 April 2020 but has been postponed by one year.

Abolition of the “reading tax”. e-publications are to become zero rated rather than standard rated from the end of this year, which follows HMRC losing a recent VAT tribunal decision in a case brought by News Corp. Paper editions of newspapers have long been zero rated, and so this case highlighted one of the many inconsistencies that remain in the VAT rating rules.

Abolition of the “tampon tax”.  VAT on women’s sanitary products is also to be abolished, which the Government is able to do now that we have left the European Union.

Postponed accounting rules. These are to apply to all imports of goods from 1 January 2021. The VAT accounting is effectively the same as the acquisition tax route that presently applies to good purchased from a supplier in the EU.

Finally, it is worth a reminder that the Budget speech itself is not binding from a legislative point of view. Any announcements such as those above must be enacted in law by the introduction of a Bill which passes through both houses of Parliament, being debated and amended as required, before becoming an Act (in the case of primary legislation).

We are expecting Finance Bill 2020 to be published on 19th March at which point we will have more clarity over exactly what changes are required to our software, and we will be on hand to help our customers understand these changes and how it affects their tax return submissions and business planning. Tax Systems’ Tax Development team will also be scrutinising the Bill for continuous improvements, ensuring our Alphatax compliance engine is up-to-date with all the relevant legislation.

If the Budget has raised any queries for you or if you’d like further advice on how to capitalise on these changes, please contact us at enquiries@taxsystems.com or call us on 01784 777 700. Alternatively, why not find out more about corporation tax compliance and Alphatax or VAT compliance with AlphaVAT.